Team roping is the only rodeo event that features two contestants. The team is made up of a header and a heeler. The header ropes the horns, then dallies or wraps his rope around his saddle horn and turns the steer to the left for the other cowboy who ropes the heels. The heeler must throw a loop with precision timing to catch both of the steer’s hind legs. The time clock stops once both ropers have made a catch and brought the animals to a stop, facing each other. 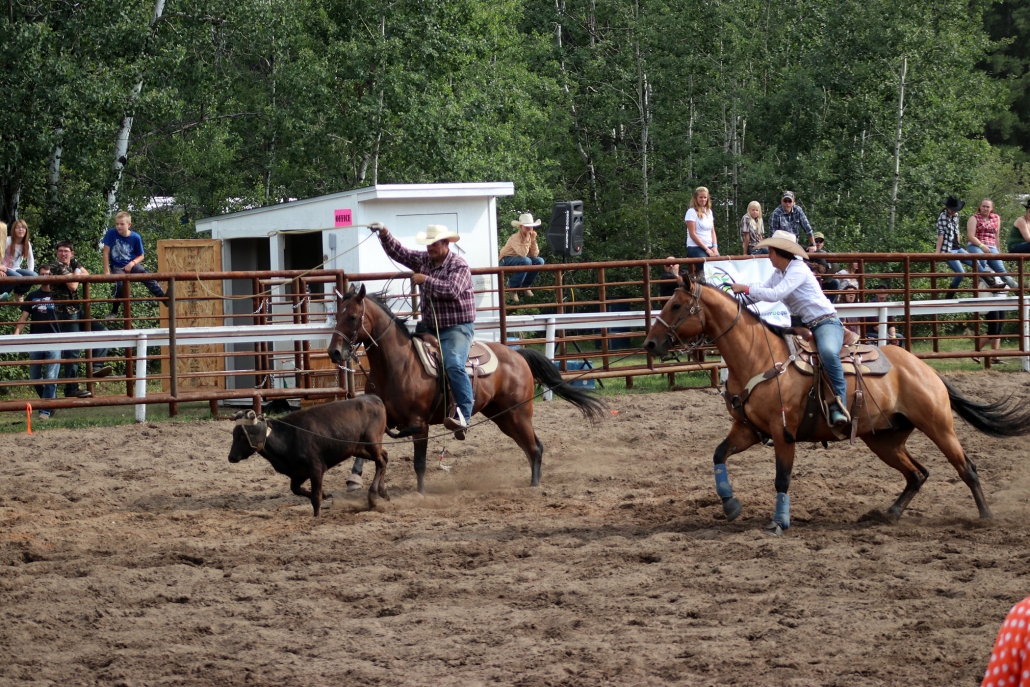 Cooper is an 11 year old pee wee team roper whose roots hale’s from Hanley, SK.Cooper started roping at the end of the 2016 rodeo season.

In the 2017 rodeo season, he placed at numerous rodeos and jackpots. The end of the season found him sitting in the top 10 KCRA standings and he made his first trip to the finals with his first roping horse, Blue Eyes. He has had the same partner for the last 3 years, Kyle Furseth and the two of them have a very special bond. He was also the recipient of the  2017 Cameco Scholarship. His goal was to retire that horse at the finals and move onto his  Dad’s heel horse, Bonus.Throughout the winter, Cooper worked hard to improve his roping skills spending every weekend at Claypool’s arena roping with Rowdy, Tim, Wayne and Nadeau.And, then he made his way down to Mineral Wells, Texas to spend some time with some family roping and fine-tuning his skills in time for rodeo season. Cooper learned many lessons down there and focused very hard on how to be the best competitor he can be both in and out of the arena. He became part of the Justin Parrish roping team and often talks about what an incredible experience that was for him. He has set his goals to be able to spend as much time as he can with what he now calls his Texas Family. Life has a funny way of working out and he decided Bonus was not the right partner for him.   He got in touch with his Uncle Murray and a new partnership was formed.So, now we see him and what his parents call his horse of a lifetime, Rocket tearing it up in the arena, outside of the arena and often just hanging out while Cooper ropes the dummy on the ground.Cooper’s dedication to his sport has become strong. He is always looking for the next opportunity to swing a rope.Cooper is humble and kind. He is often found helping sort cattle, pushing them up the chutes and cheering on everyone in the roping pen.Cooper wishes to extend his gratitude to everyone who helps him get down the road and all of the friends and family who spent time with him this winter. He says it takes a whole lot of people just to help one kid rope.He has a very special thank you to Kyle and Uncle Murray. Without these two gentlemen, he wouldn’t be where he is today.He wants to thank Justin, Tammy, Denton and the Sims crew. Their love and support is felt a country away.And, most importantly, he wants to thank his Dad, Mom and Brother, Ben. You guys make roping easy and fun.Cooper wishes to pass along these words to this fellow ropers, contestants and Fellow KCRA members –

Because limits, like fears, are often just an illusion.   Be fearless!

Wishing you all luck.