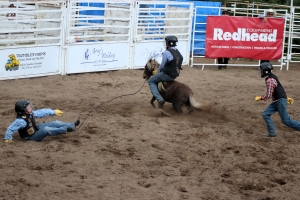 The Wild Pony Race features teams of three kids (open to boys and girls, between eight and twelve years old) who try to control and ride a wild pony.

One at a time the teams go out into the arena and line up outside the chute gate where their pony is waiting. They hold onto a lead shank that’s attached to their pony’s halter. When the gate opens it’s a race against the clock to get one of the three team members to ride the pony for a minimum of two jumps. It’s a “wild” ride on a “wild” pony and very exciting and entertaining to watch. 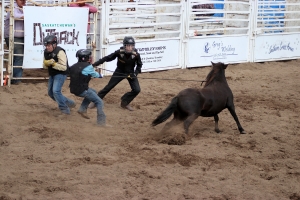 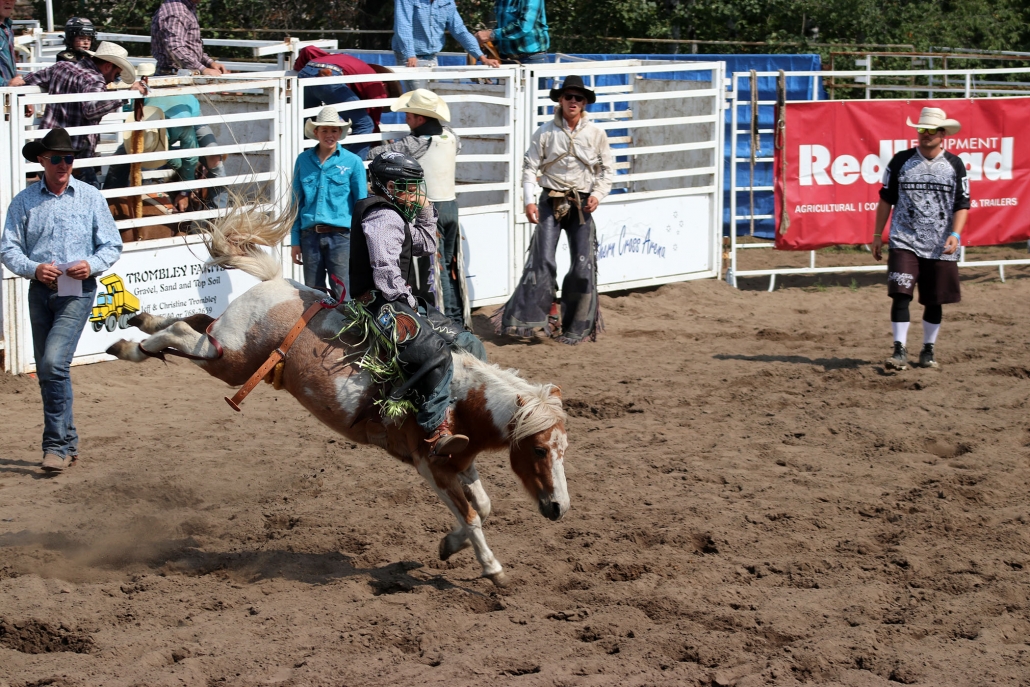 Cheer them on and wish them luck!